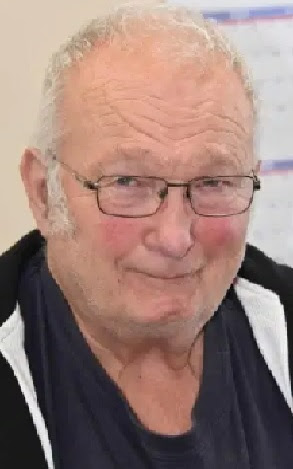 Sometimes, I feel ashamed that I had to spend the first 19 years on this planet in Northern Michigan.
And why is this? It's because it's loaded with morons who moved up there for one reason and one reason only: they hate people of color.
And Tom Eckerle is one of them.
Eckerle has been a road commissioner in Leelanau County, MI near Traverse City since 2008. During a recent meeting, he was seen not wearing a mask. When asked, he simply responded, "Well, this whole thing is because of them niggers down in Detroit."
When word got out about Republican Eckerle's outburst, the community became outraged. Now, there's several petitions calling for his resignation. Right now, he has four more years on his term and has no plans to resign.
A reporter for the Traverse City Record-Eagle talked to Eckerle, who said that Black Lives Matter is more than the n-word and that he's no racist.
OH, BULLSHIT.
State representative and long-time northern Michigan radio personality Jack O'Malley is also calling for Eckerle's resignation and so are many other Republicans in the district. For a recall effort, 3,000 signatures are needed.
You know, it sickens me that a lot of people who live up north are beyond ignorant. In 2008, Barack Obama was elected president. And guess how a gun shop, Hampel's in Traverse City responded to having a black president? They hanged the American flag upside down! Not only that, but the store's manager was nice enough to tell a reporter for the Record-Eagle that Obama was... the n-word.
Sadly, I lived in northern Michigan for many years. A huge reason why my parents moved up north was because so my father could be closer to his cousin. Tragically, racism is an unfortunate part of that section of the family. I remembered having a conversation about Obama with his parents and they compared him to Kwame Kilpatrick. Not only that, his brothers post racist shit on Facebook constantly.
I'm friends on Facebook with many of my former neighbors and they post stupid shit all the time. I see their idiocy and ask myself, "why in the fucking hell did I ever hang out with them?" Plus, I feel ashamed that I live in the neighborhood where ultra-right-winged cocksucker "Trucker" Randy now lives. He's the convicted felon whom through his wife owns a shitty talk and oldies station in Cheboygan that spews hate.
Even more, it's sick knowing how uneducated so many up north people are. Then again, if you grew up in northern Michigan, chances are that you ended up downstate to go to a real college and found a real job. Live up north and make $10 per hour? You're lucky. Own a house in Traverse City without roommates? Ditto. Trust me. NMC is nice, but it's a tiny community college as opposed to a four-year school where people get real training. Hell, the UP has better colleges than NMC!
All I can say is that if Kalkaska can purge itself of its old, racist asshole mayor and replace him with a gay dude, so can Leelanau County. It's time for northern Michigan to grow a pair and realize that African Americans are human beings, too. If they can get this disgusting, old prick out of his position, it will be a good example to all of northern Michigan.
Black Lives Matter, even in northern Michigan.
--
----